I’ve just brought these magic lantern slides manufactured by York & Son, UK, just before1888 to a temperance text by Charles Mackay. I’m trying to think why the faces might be obscured in slides two and three, the most beautiful and dramatic slides of the set. 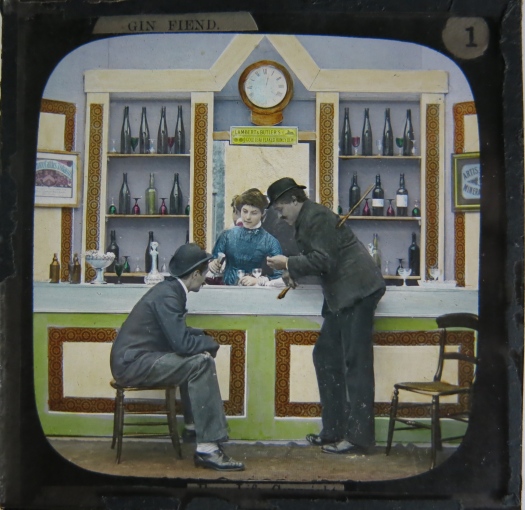 The Gin-Fiend cast his eyes abroad

And looked o’er all the land,

And number’d his myriad worshippers

With his bird-like, long right hand

He took his place in the teeming streets,

And watched the people go,

Around and about, with a buzz and a shout,

For the multitudes I see,

Who offer themselves in sacrifice

And die for love of me!” 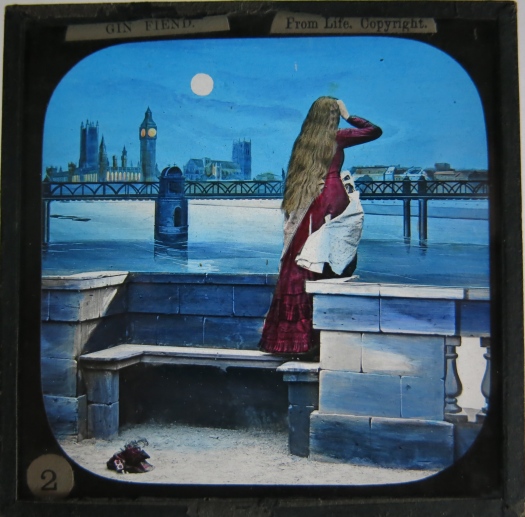 There stood a woman on a bridge;

She was old but not with years;

Old with excess, and passion, and pain; —

And she wept remorseful tears

As she gave to her babe her milkless breast;

Then, goaded by its cry,

Made a desperate leap in the river deep

In the sight of the passer-by!

She sinks but let her be —

In life or death, whatever she did

Was all for the love of me.” 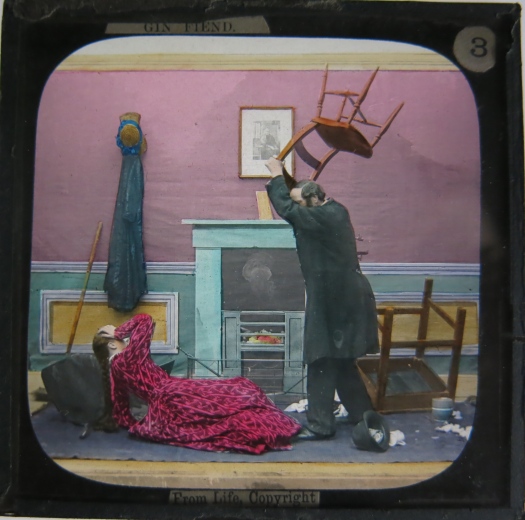 There watched another by the hearth,

With sullen face and thin:

She uttered words of scorn and hate

To one that staggered in.

Long had she watched, and when he came,

His thoughts were bent on blood.

He could not brook her taunting look,

And he slew her where she stood.

My right good friend is he;

He hath slain his wife — he hath given his life —

And all for the love of me.” 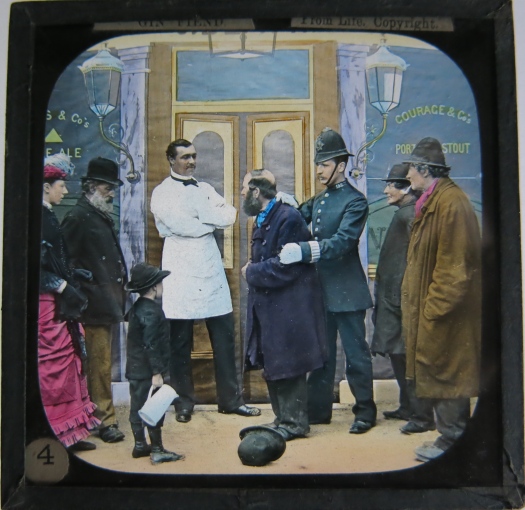 And every day, in the crowded way,

He takes his fearful stand,

And numbers his myriad worshippers

With his bird-like, long right hand;

And every day the weak and strong,

Widows, and maids, and wives,

Offer the Fiend their lives

For the multitudes I see,

That sell their souls for the burning drink,

And die for the love of me.”